Why Lactation Consultants Are Wrong About Placenta Encapsulation 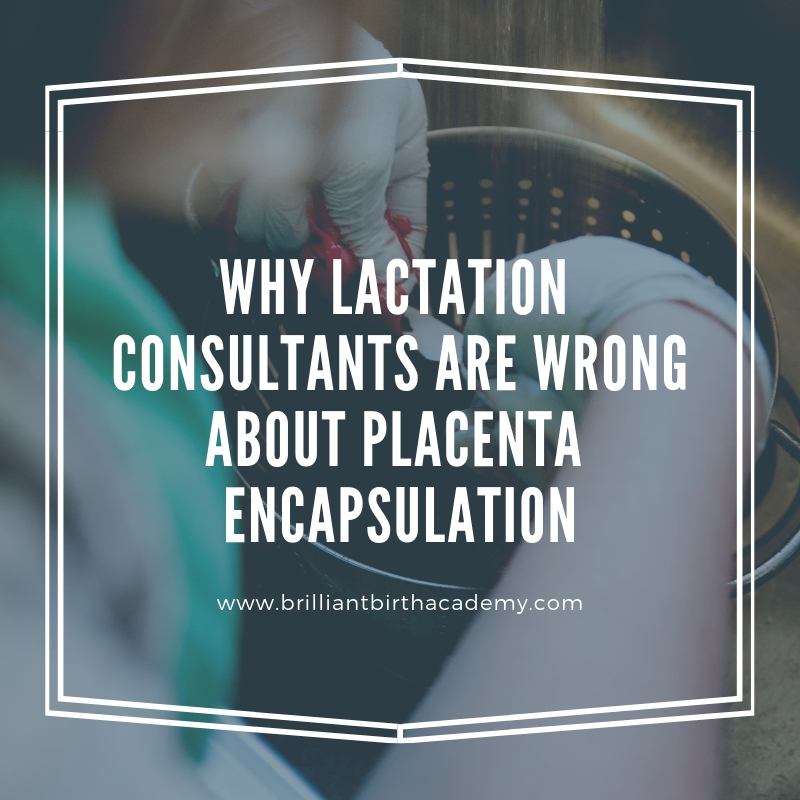 Whenever someone shows me a negative article about placenta encapsulation, my first question is: did a lactation consultant publish that? (I love you LCs I’m sorry).

Why are these negative pieces most likely published by lactation consultants?

Lactation support professionals think they are seeing causal trends when they are actually witnessing self-selection.

The type of mother who values natural infant feeding and a positive breastfeeding relationship enough to struggle and even pay for support is likely very naturally-minded and perhaps more likely to have paid another birth pro to encapsulate their placenta.

These mothers have self-selected.

When lactation support professionals say: “a high percentage of mothers coming to us have consumed their placenta!” this doesn’t mean the placenta consumption caused the low milk supply.

Their articles often continue only to prove the author has no understanding of pharmacokinetics or the biotransformation of hormones.

Robert Tisserand is constantly losing it with people making this exact logical fallacy mistake with oils safety. (And he is the international specialist on essential oil safety—he literally wrote the textbook on it). He says this: “There is a tendency to cite screening data from dermatology clinics as if it represented risk to the general population, but this is a misrepresentation. People are at dermatology clinics because they have skin problems.”

Mothers are seeing lactation consultants because they have lactation problems. Some of those mothers will have also consumed their placenta. The relationship isn’t causal until it is proved to be so.

You can’t take make antidotal evidence out of self-selected group of people who are having problems and then look for common characteristics among them, find one, and claim it’s causing the problem.

What about the antidotal evidence from hundreds of thousands of mothers across the United States who are enthusiastic about the benefits they’ve experienced from placental consumption? The 2013 study, “Human Maternal Placentophagy: A Survey of Self-Reported Motivations and Experiences Associated with Placenta Consumption” gathered the self-reported benefits mothers experienced with placental consumption.

Here are some reported benefits of postpartum placental consumption from mothers:

While benefits like “improved mood” are hard to quantify—mothers are consistently reporting this, calling their placenta doses “happy pills,” and noting that even their small children can tell when they skip pills. (So sweet!) Scientists are continuing to discover the numerous compounds in the placenta that produce these consistently perceived results.

So far, we are aware that the placenta is rich in the following:

Prolactin is a valuable hormone secreted by the placenta that increases milk production.[ii] “Progesterone, estrogen, and placental lactogen, as well as prolactin, cortisol, and insulin, appear to act in concert to stimulate the growth and development of the milk-secreting apparatus.”[iii]

Not only does the placenta contain orally-active prolactin, but consuming placental prolactin also boosts the production of prolactin from the pituitary and ovarian secretion sites.[iv]

In one study, 86% of mothers who were given dehydrated placenta saw increased milk secretion.[v] Numerous other studies also confirm statistically significant increases in breast milk production due to placental consumption.[vi]

Weight-loss associated with lactation has been consistently found in studies for decades. A study from The University of Michigan reported: “It is evident that the recovery from the postnatal decline in weight is hastened by the consumption of milk produced under the influence of maternally ingested placenta”—and that discovery was stated back in 1918![vii]

Studies since then have only confirmed what mothers know through personal experience and… common sense.

While research studies continue to discover and confirm the medicinal benefits of the placenta, many therapeutic properties are not yet fully understood.[viii] Further research needs to be done to find out what bioavailable substances in the placenta can be absorbed when taken orally, and how at-home preparation methods affect these benefits.

In the meantime, if you see any happy goats or Sonoma County party poopers, post this article in the comments with my best regards for their service to newborn mothers and my best wishes for better marketing campaign ideas.

My Calling: Serve the people doing some of the most important work on the planet (that’s you).

My Hope: bringing every baby into a world that feels like love.